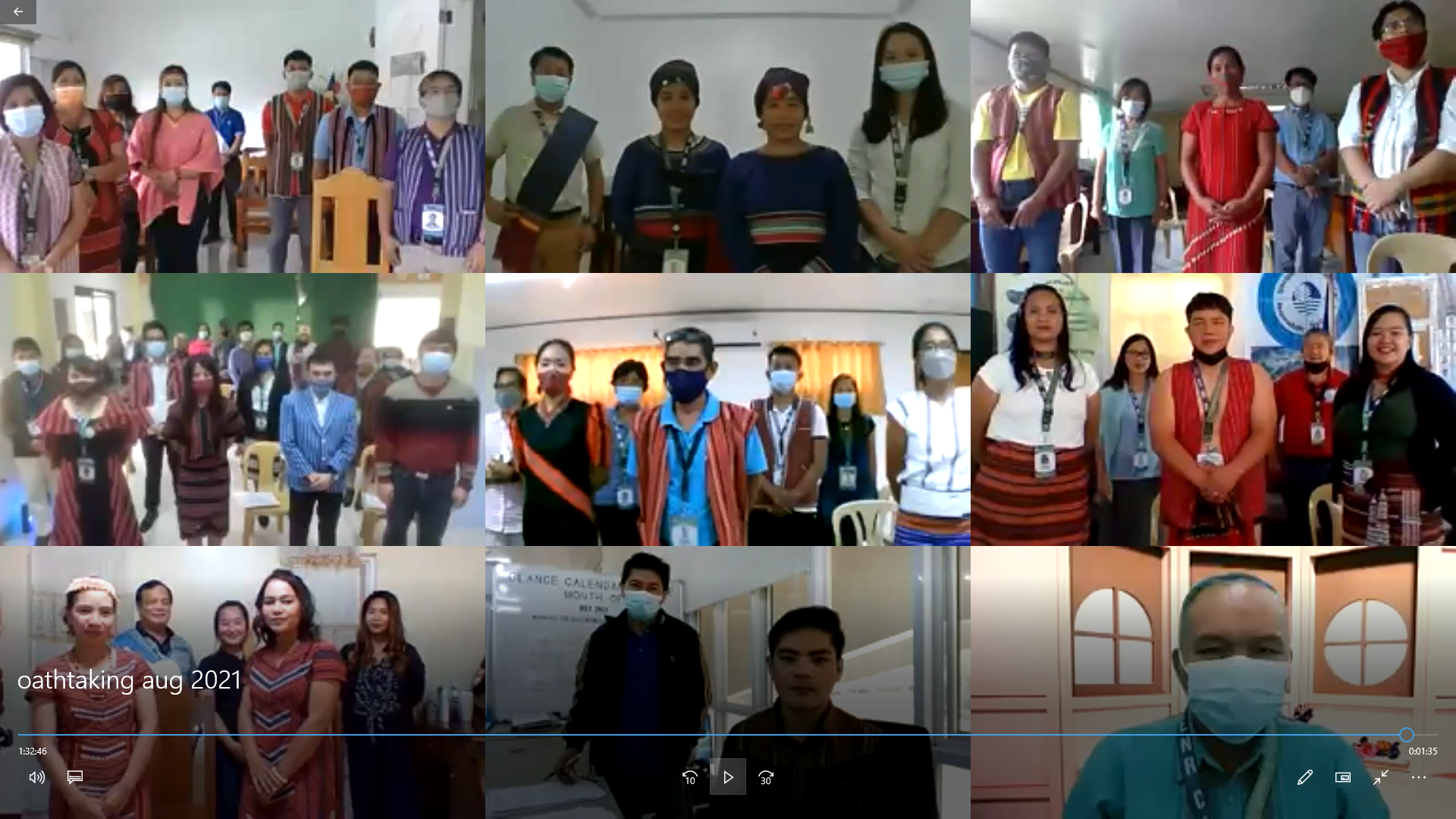 RED Ralph C. Pablo administers oath to 30 newly appointed and promoted employees via zoom to continually strengthen the manpower in the different offices in the region.  RED Pablo said that with the recognition by the DENR – CAR Management of the effort of the appointees and promotees, they were then given the opportunity to spread their wings and to show off that they deserve where they are now.   For being among the chosen few of the many applicants, he encouraged them to better their best and to continually execute or practice the Core values of the DENR – Discipline, Excellence, Nobility and Responsibility.

Likewise, ARED for Technical Services Maximo Soriano Jr. encouraged the promotees and appointees not only to excel their work but also work providing clean and efficient government service.

Also ARED for Management Services reiterated that performance makes an employee stay in the public service.  If one performs poorly, then one can be pushed out from the government.  She reminded them to be mindful of what they say and do because their actions could either give them medal or trial.

With 4 employees promoted and/or appointed to PENRO Abra, 1 in the Regional Office, 2 in PENRO Apayao, 11 in PENRO Benguet, 4 for PENRO Ifugao, 3 to PENRO Kalinga and 5 to PENRO Mountain Province, it is expected that performance in every province will rise with the contribution of the appointees and promotes.